How does this topic relate to the textile industry?   Well, it just so happens that the textile industry is huge – and a huge producer of greenhouse gasses.  The textile industry, according to the U.S. Energy Information Administration, is the 5th largest contributor to CO2 emissions in the United States, after primary metals, nonmetallic mineral products, petroleum and chemicals.  Your textile choices do make a difference – next week we’ll take a look at why.

Newtok is one example of what the United Nations Intergovernmental Panel on Climate Change warns is part of a growing climate change crisis that will displace 150 million people by 2050.

Climate change is impacting Alaska and Arctic areas disproportionately because shiny ice and snow reflect a high proportion of the sun’s energy into space while the exposed rock and water absorb more and more of the sun’s energy, making it even warmer.   Arctic areas, including Alaska, are warming about twice as fast as the rest of the world. In 2012, Arctic sea ice coverage hit the lowest level ever recorded, and by 2040, it is predicted that summer sea ice could be limited to the northern coasts of Greenland and Canada.[1] But the cities and towns of the east coast of the United States are waking up to their own version of climate change – in the form of storm surges from hurricane Sandy. About half of America’s population lives within 50 miles of a coastline.

Today, more than 180 native communities in Alaska are facing flooding and losing land as warming temperatures are melting coastal ice shelves and frozen sub-soils, which act as natural barriers to protect villages against summer deluges and ocean storm surges. One of these villages is Newtok, an Eskimo village on the banks of the Ninglick River and home to indigenous Yup’ik Eskimos. The river coils around Newtok on three sides before emptying into the Bering Sea. The river has steadily been eating away at the land, carrying away 100 feet or more in some years, in a process accelerated by climate change.  It is estimated that the local school, on the highest point of land in the village, will be under water by 2017.

There are other changes too: Historically, Newtok would expect snow by October. In early December of 2013, snow had not yet fallen. Residents have told media that geese have been altering migratory patterns that had been unchanged for centuries and moose are migrating into caribou country. Comments Nathan Tom, a Yup’ik villager, “The snow comes in a different timing now. The snow disappears way late. That is making the geese come at the wrong time. Now they are starting to lay their eggs when there is still snow and ice and we can’t go and pick them.  It’s changing a lot. It’s real, global warming, it’s real.” [2] 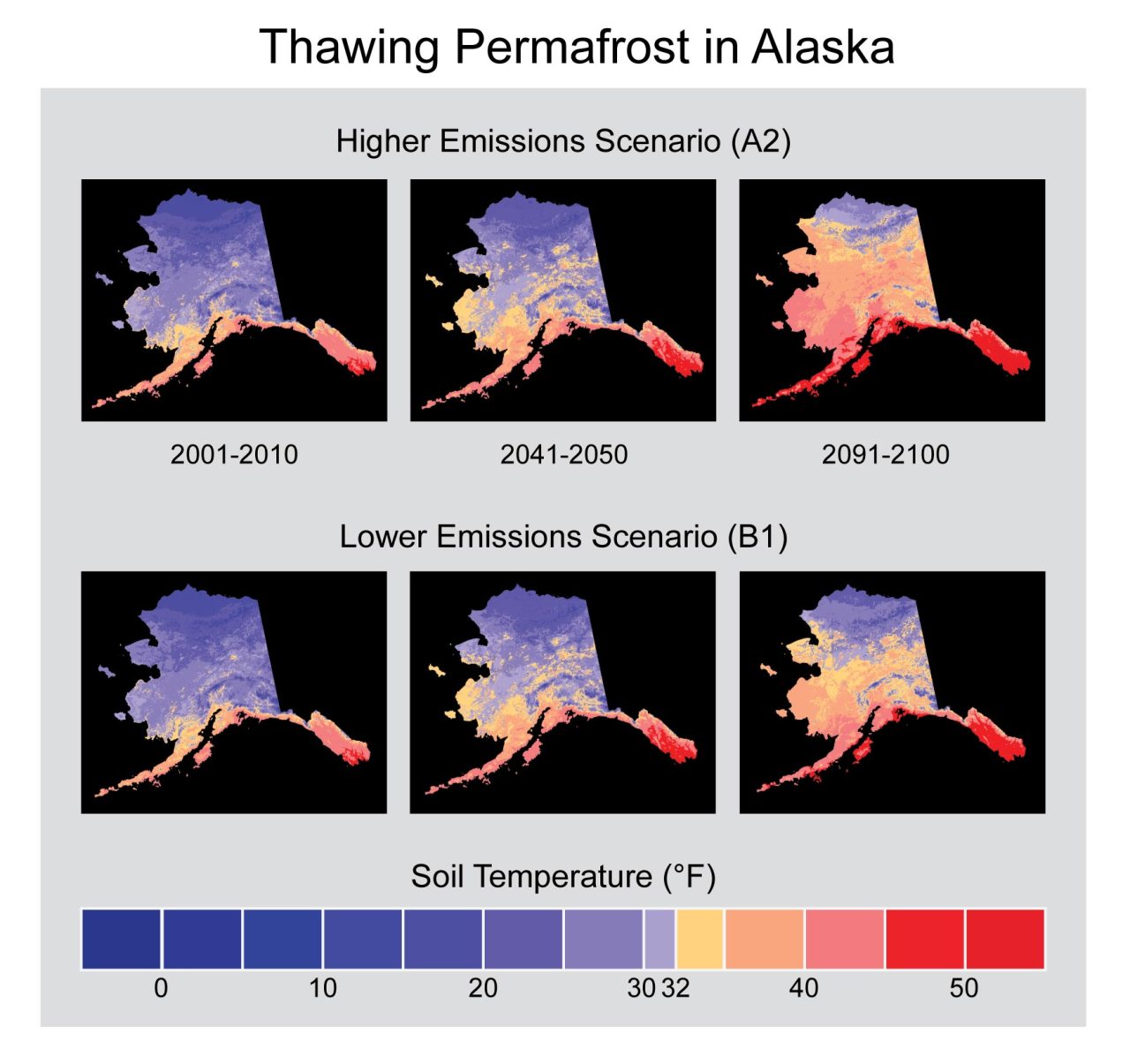 Newtok may well be the site of some of the planet’s first climate refugees.

“Climate refugee” usually refers to a people displaced from their homes by the impact of a changing climate – although the strict definition of a refugee in international law is more narrow – including people displaced by war, violence or persecution, but not environmental changes.

The first image that usually springs to mind for climate refugees are small tropical islands in the Pacific or of a low-lying delta like those in Bangladesh, where inhabitants have been forced out of their homes by sea-level rise. But given the rapidity of the changes in the Arctic regions, this image is about to become more diverse.

But as with most things these days, the variables are complex: As applied to Newtok, the term “climate refugees” is somewhat ironic, given that the Yup’ik were nomadic by nature, migrating over the permafrost.  In the 1950s the U.S. government told the Yup’ik that their nomadic lifestyle was no longer acceptable, they had to settle in one location so their children could go to school.  The Yup’ik begrudgingly accepted, settling in Kayalavik, a village of sod huts, farther north.

When Alaska became a state in 1959, federal officials began to pressure the Yup’ik to relocate, as the Kayalavik village was harder for supply barges to access.  Eventually the ill-fated decision was made to relocate the tribe to Newtok — a seasonal stopping place for the tribe’s late-summer berry picking.

“The places are often where they are because it was easy to unload the building materials and build the school and the post office there,” said Larry Hartig, who heads the state’s Commission on Environmental Conservation. “But they weren’t the ideal place to be in terms of long-term stability and it’s now creating a lot of problems that are exacerbated by melting permafrost and less of the seasonal sea ice that would form barriers between the winter storms and uplands.”[3]

The U.S. Army Corps of Engineers has estimated that moving Newtok could cost $130 million. Twenty-six other Alaskan villages are in immediate danger, with an additional 60 considered under threat in the next decade, according to the corps. But as the villagers of Newtok are discovering, recognizing the gravity of the threat posed by climate change – and responding in time are two very different matters. Since the first meeting in December 2007, at which the villagers held the first public meeting about the move, little has been done, tethered to a dangerous location by bureaucratic obstacles and lack of funds.

3 thoughts on “Climate change and Newtok”