When we talk about wool, we almost always mean the fiber from sheep, although the term “wool” can be applied to the hair of other mammals including cashmere and mohair from goats, vicuna, alpaca and camel from animals in the camel family and angora from rabbits. 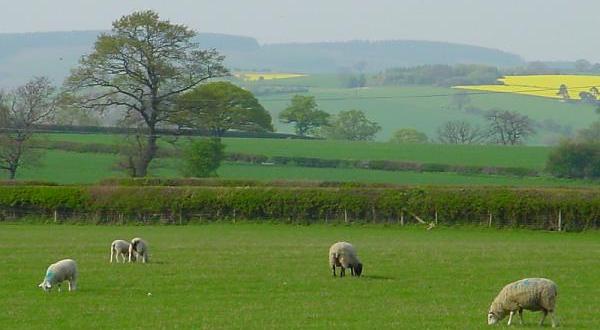 As with many discoveries of early man, anthropologists believe the use of wool came out of the challenge to survive – Neolithic man used pelts from animals to keep warm.

Sheep (Ovis aries) were first domesticated 10 000 years ago.  The British sought to protect their own wool industry during the eighteenth century, and passed laws requiring native English wool be used – for example, judges, professors, and students were required to  wear robes made of English wool. Another law required that the dead be buried in native wool. When the American colonies began to compete with the motherland, the English passed a series of laws in an attempt to protect their “golden fleece.” One law even threatened the amputation of the hand of any colonist caught trying to improve the blood line of American sheep.

Today, wool is a global industry, with Australia, Argentina, the United States, and New Zealand serving as the major suppliers of raw wool – but wool is produced worldwide in about 100 countries on half a million farms.   Wool producers range from small farmers to large scale grazing operations.  While the United States is the largest consumer of wool fabric, Australia is the leading supplier. Australian wool accounts for approximately one-fourth of the world’s production.

The annual global output is now estimated at 2.2 billion pounds, yet wool represents less than 5 percent of the world consumption of fibers. Wool is an expensive fiber to produce and process.  Though cotton is the number one plant used for fabrics and the number one natural fiber overall, the number one source for animal fiber is still wool.

Two terms one often sees are Merino and worsted.  The main difference between them is that Merino pertains to the type of fiber while worsted pertains to the process the fibers go through:

Merino is a term used in the textile industry which has varied meanings:  originally it meant wool made from a specific breed of sheep:  the Merino.  Merino sheep are regarded as having some of the finest and softest wool of any sheep: it is finely crimped and soft, fibers are commonly 65 – 100 mm (2.5 – 4 inches) long and generally less than 24 microns in diameter.

But now the term has broader use and may pertain to an article which just contains some percentage of wool from Merino sheep – or even just a fine wool and cotton yarn!  The Australian Wool Testing Authority Ltd is trying to institute a definition for Merino wool, citing fiber diameter and comfort factors.

The essential feature of a worsted yarn is its long, straight fibers which lie parallel to each other, the result of having been both carded AND combed.

So yes, you can have Merino worsted wools!

In scientific terms, wool is considered to be a protein called keratin. Its length usually ranges from 1.5 to 15 inches (3.8 to 38 centimeters) depending on the breed of sheep. Fiber diameter ranges from 16 microns in superfine merino wool (similar to cashmere) to more than 40 microns in coarse hairy wools.  Wool has several qualities that distinguish it from hair or fur: it is crimped (meaning it has waves),  it has a different texture or handle, it is  elastic, and it grows in staples (clusters).

Each wool fiber is made up of three essential components: the cuticle, the cortex, and the medulla.

The major steps necessary to process wool from the sheep into yarns are:  shearing, cleaning and scouring, grading and sorting, carding.

Sheep are usually sheared once a year—usually in the springtime. The fleece recovered from a sheep can weigh between 6 and 18 pounds (2.7 and 8.1 kilograms); as much as possible, the fleece is kept in one piece. While most sheep are still sheared by hand, new technologies have been developed that use computers and sensitive, robot-controlled arms to do the clipping.

Grading is the breaking up of the fleece based on overall quality. Wool fibers are judged not only on the basis of their strength but also by their fineness (diameter), length, crimp (waviness) and color.  In wool grading, high quality does not always mean high durability.

Scouring in the true sense of the word in the textile industry means simply removing any foreign material from the fabric; the term scour grew up around the washing of cottons and linens.

Wool taken directly from the sheep is called “raw” or “greasy”  wool.  It contains a substantial amount of natural contaminants, such as  sand, dirt, grease, and dried sweat (called suint) as well as pesticide residues from the treatment of sheep to prevent disease; the weight of contaminants accounts for about 30 to 70%  of the total weight of the fleece.

To clean the wool, the fiber is washed in a series of alkaline baths containing water, soap, and soda ash or a similar alkali.

The scouring effluent contains these impurities, which has high levels of COD (chemical oxygen demand) and BOD (biochemical oxygen demand), suspended solids, organic matter and sheep dip chemicals.  These levels represent a significant pollution load:   the organic effluent from a typical wool-scouring plant is approximately equal to the sewage from a town of 50,000 people.[1]

The effluent is separated into three categories:

The processing stages to this point cause the natural fiber alignment of the scales (or “barbs” as mentioned above) to be completely disrupted; the scales no longer line up “tip to base” as they would in the fleece. Those scales make raw wool itchy and also cause the fiber to shrink when wet.

In order to prevent this shrinkage (also called felting), and to make the wool more comfortable when worn next to the skin, many producers use chlorine to “burn” off the scales…this doesn’t entirely remove them, but it does lessen their profile, and then the fibers are coated with a synthetic polymer resin, which essentially glues down the scales. This allows the wool to be machine washed without felting, and gets rid of the shrinkage of the fabric associated with felting.  This is the chemistry behind Superwash wool.  The tradeoff, of course, is that this chlorination process is highly toxic.

See our blog post on Organic Wool to read about the environmental effects of wool scouring and chlorination.  It’s not pretty.

Next, the fibers are passed through a series of metal teeth.  The teeth untangle the fibers and arrange them into a flat sheet called a web. The web is then formed into narrow ropes known as silvers.   Carding  is one of the processes that untangles the wool fibers and lays them straight; it also removes residual dirt and other matter left in the fibers.  Combing is the next process, which removes shorter length fibers and helps to further straighten the fibers and lay them parallel.  Combing also helps to clean more debris from the fibers.

Wool is highly regarded as one of the most lavish natural fibers in the world.  Lightweight, versatile, resistant to dirt and considered somewhat water repellant, non wrinkling, and durable, wool: